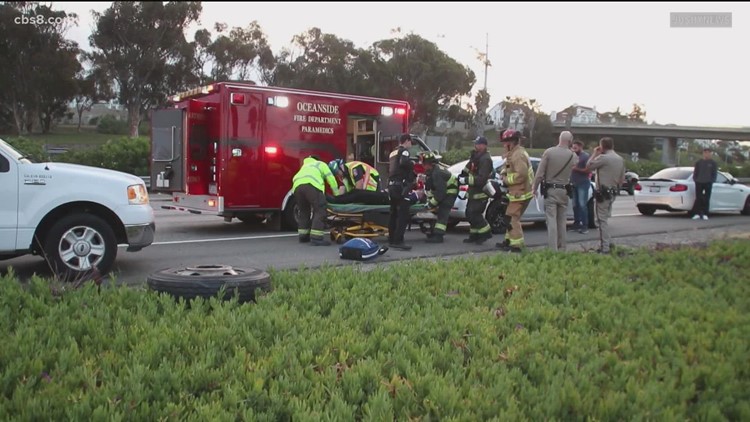 The off obligation officer was in her personal vehicle when she pulled over and tried to drag tires out of the roadway.

OCEANSIDE, Calif. — An off-duty San Diego Police Department officer was handled for minor injuries after being struck by a vehicle whereas eradicating tires from Interstate 5 on Friday morning.

The incident was first reported at 6 a.m., in accordance with the California Highway Patrol.

CHP Officer Hunter Gerber mentioned a semi-truck, pushed by a 47-year-old Granada Hills resident, was touring southbound on Interstate 5 close to state Route 76 when two of its tires dislodged and rolled into the southbound site visitors lanes on Interstate 5.

The tires brought about a site visitors back-up and the unidentified SDPD officer, who was in her personal vehicle, pulled over and tried to take away them from the highway, Gerber mentioned.

A 22-year-old man driving a BMW within the fourth southbound lane collided with the officer, Gerber mentioned.

Law enforcement remained on scene till 8:30 a.m. Gerber mentioned that alcohol or medicine usually are not suspected within the collision, which stays underneath investigation.

The officer had her personal canine in her automotive on the time of the accident and it was allowed to load into the ambulance and go to the hospital alongside the officer.

It was unclear if the BMW driver, a Rancho Santa Margarita resident, was cited or at what velocity he was driving.

Anyone with info on the collision is inspired to name the CHP Oceanside office at 760-643-3400.