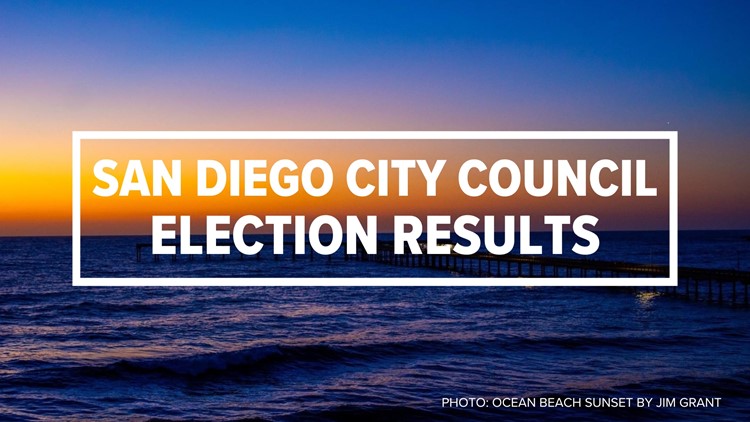 The top-two vote getters in every of the 4 races will proceed to a November runoff election.

SAN DIEGO — San Diego voters have the selection to fill 4 of the City Council’s 9 seats — districts 2, 4, 6 and 8 in California’s major election.

Three incumbent San Diego City Council members simply superior to a November runoff election of their bids to retain their seats, whereas two candidates will vie for an open seat within the District 6 race.

Campbell has in latest months led an effort to control and cut back the variety of short-term trip leases with the intent of releasing up a whole bunch of residences for the strained housing market in San Diego. Additionally, she efficiently pushed for laws on sidewalk and pushcart distributors.

She has additionally joined efforts to ban flavored tobacco merchandise and declare San Diego a secure metropolis for reproductive freedoms and entry to abortion.

Campbell survived a recall effort in 2021, led by residents against her push to control short-term trip leases.

In District 4, in the meantime, incumbent Monica Montgomery Steppe will face off in November in opposition to Gloria Evangelista

District 8 Councilwoman Vivian Moreno had just one challenger within the race, Antonio Martinea, and each will advance to the November normal election.

In the District 6 race, nonprofit director Kent Lee and Tommy Hough will advance of their bids to interchange termed-out Councilman Chris Cate.

Hough serves as a county planning commissioner and has been actively campaigning for the position for a number of years. His priorities embody hyperlocal give attention to fixing roads and bettering parks and libraries within the district.

He was endorsed by the Sierra Club, League of Conservation Voters and San Diego Progressive Democratic Club.

Lee is a first-generation immigrant who studied at UC San Diego. He is the chief director of Pacific Arts Movement, a media arts group specializing in Asian, Asian American and Pacific Islander cinema and which hosts the annual San Diego Asian Film Festival.