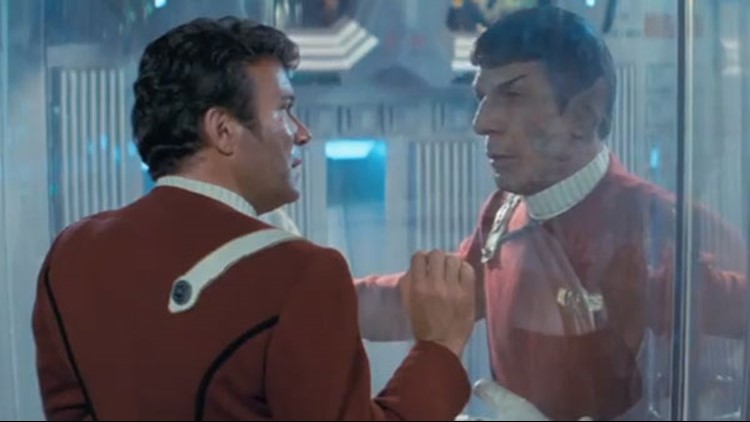 Fathom Events and the TCM Big Screen Classics Series are bringing a number of the biggest titles ever back into film theaters.

COLORADO, USA — Fathom Events and Turner Classic Movies (TCM) are bringing a number of unforgettable motion pictures back to theaters in 2022.

The annual TCM Big Screen Classics sequence continues Sunday, April 10 with a seventieth anniversary presentation of “Singin’ in the Rain.”

“It’s a Wonderful Life,” “Smokey and the Bandit,” “Cabaret,” “Star Trek II: The Wrath of Khan,” “Poltergeist,” “In the Heat of the Night,” “To Kill a Mockingbird,” and “What Ever Happened to Baby Jane” are additionally scheduled to return to the silver display this year.

Fathom Events mentioned every movie will play two or three days — often Sundays and Wednesdays — twice a day. Each of the flicks are offered in their unique facet ratio with pre- and post-film commentary by TCM hosts.

Tickets for the titles can be found at FathomEvents.com.

Here are the flicks to look ahead this year as a part of the yearlong “TCM Big Screen Classics” sequence:

Singin’ in the Rain seventieth Anniversary

What Ever Happened to Baby Jane sixtieth Anniversary

In the Heat of the Night fifty fifth Anniversary

To Kill A Mockingbird sixtieth Anniversary

> Top tales curated day by day only for you! Sign up for the 9NEWSLETTER to get can’t-miss tales, Next and Broncos content material, climate and extra delivered proper to your inbox.

ROKU: add the channel from the ROKU store or by trying to find KUSA.

For each Apple TV and Fire TV, seek for “9news” to seek out the free app so as to add to your account. Another choice for Fire TV is to have the app delivered directly to your Fire TV by way of Amazon.