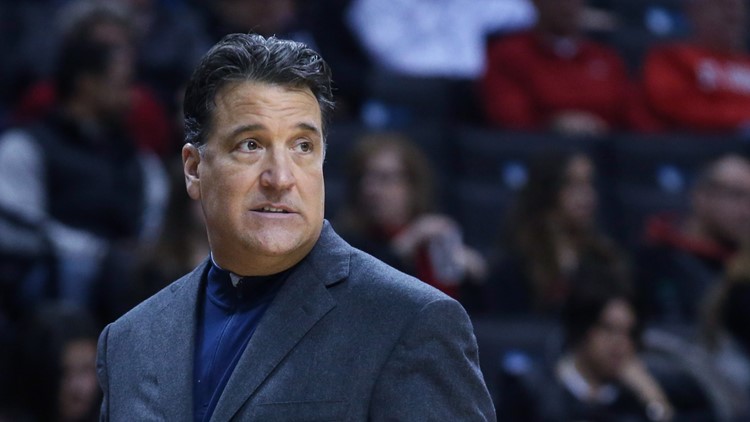 SAN DIEGO — The University of San Diego Toreros will just lately introduced the hiring of nationally profitable head coach Steve Lavin to steer the basketball program into the long run. Lavin has guided UCLA and St. John’s to eight NCAA Tournament appearances in 11 years. He has 5 Sweet 16 appearances and an Elite Eight look underneath his belt.

Lavin turns into the Toreros’ 14th head coach in program historical past and the seventh head coach since USD moved to NCAA Division I in 1979.

“I’m thrilled to welcome Coach Lavin to the University of San Diego and can’t wait for this exciting new era of Torero basketball to begin,” stated Associate Vice President and Executive Director of Athletics Bill McGillis. “Coach Lavin’s demonstrated record of success, including having led teams to eight NCAA Tournament appearances in 11 full seasons as a head coach, his positive inspirational leadership, and his deep west coast roots provide a foundation to catapult our program to new heights. While I know the powerful impact he will make on our campus and in our community, I am especially pleased for the young men in our program. The experience, expertise, passion and ability to connect that Coach Lavin will bring to USD will serve them for a lifetime.”

Lavin has accrued a document of 226-133 in his tenure as a university basketball head coach.

“I’m honored to have this opportunity of leading the University of San Diego men’s basketball program,” stated Lavin. “Throughout my discussions with President Harris and Bill McGillis, I gained a greater respect for their vision of USD Athletics. My background living on the west coast, the rich history of WCC basketball, and the strong academic reputation of USD all made this an ideal fit from the beginning. I look forward to building relationships with the entire Toreros family as our program aspires towards excellence on and off the court.”

Most just lately, Lavin served as a nationwide school basketball broadcaster for Fox Sports and CBS Sports. He beforehand labored with ESPN, ABC, and the Pac-12 Network.

Escondido teacher and deaf students surprised by $5,000 in gifts